GEARS Dog Training Tips: Do You Know Who’s the Pack Leader in Your Home? 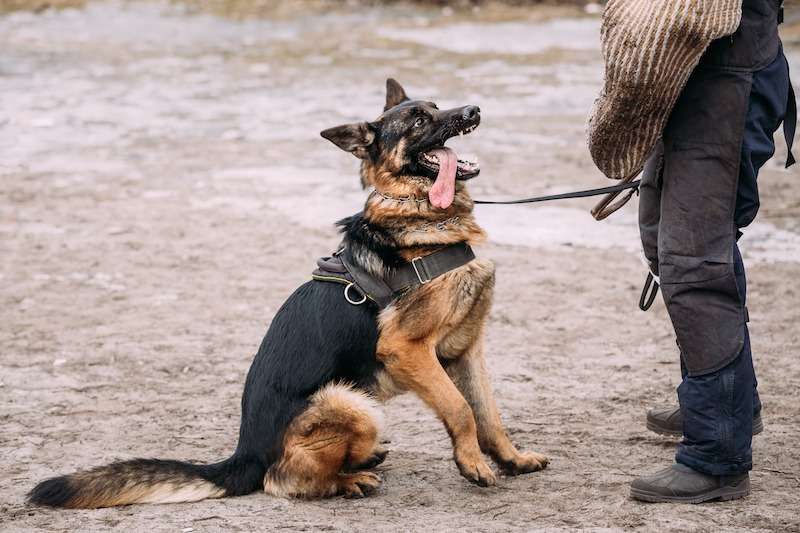 Hint: It’s not you or your dog.

A common belief of dog owners struggling to gain their dog’s obedience is that they need to take on the “pack leader” role because their dog is trying to take the “alpha” role.

However, there is no “alpha” dog — and your dog is not trying to dominate you.

It is a common misunderstanding that dogs naturally form packs and hierarchies. The popular pack leader theory is based on research collected by Robert Shenkel and the fact that dogs originated from wolves many years ago. In the 1940s, Shenkel performed studies on a pack of unrelated, captive wolves.

His research suggested that there was a rigid hierarchy in which ‘alpha wolves,’ as leaders, had priority access to resources and maintained their status through displays of aggression to others. This led to the concept of dominance and pack theory in the modern dog world.

Shenkel’s wolves likely developed rank for safety, survival and reproductive success. The original study’s results were also skewed by the observation of subjects that were under severe stress. They were forced to live as captives with other unrelated wolves in an unnatural environment, unable to behave as they normally would in a natural familial pack.

American biologist and wolf behaviour expert, David Mech, found Shenkels’ studies on captive wolf behaviour was comparable to studying human behaviour in refugee camps. Instead, Mech found that the leader role was carried out by an “alpha couple” rather than a single “alpha wolf,” and resembled a family structure rather than a hierarchal dominance.

Despite contrary research and the fact that dogs have evolved with humans over several centuries, this theory has become even more popularized in the show “The Dog Whisperer.”

Barry Eaton, in his book, ‘Dominance in Dogs: Fact or Fiction,’ raises a different stance:

‘Many leading authorities on dog behaviour now realise that a dog will not try to raise status over his owner. The term ‘dominance’ as in rising status, is not a characteristic trait a dog has. A study by Bradshaw et al., (2009) has questioned whether the term ‘dominance’ should be used in the context of dog/human aggression. Instead, the author suggests that inappropriate social interaction between owner and dog, resulting in the dog fearing his owner, is the reason for aggression’.

These methods lead to the dog not feeling safe and could lead to higher levels of aggression. This aggression can then be misinterpreted as dominance, leading to continued forceful training.

A good dog owner is trusted and respected, not feared.

What to do instead:

The force-free training method creates a fear-free learning environment for your dog — but should not be mistaken with being permissive.

Force-free training creates a learning environment in which the dog feels safe to explore and try new things without feeling anxious about potential consequences.

Positive reinforcement is used to reward the dog for good behaviour. Many dog owners condition their dog this way. Examples are tossing a ball after the dog brings it back, or praising a dog when he comes when called.

When using positive reinforcement and negative punishment, the dog knows what to expect from you — this can lower anxiety for dogs that have it.

Management is also very important when training your dog, it ensures you set them up for success. Teaching alternate behaviours is also very useful. A dog can’t be begging at the table if he has a “place” command. It’s much more efficient to teach dogs what you want them to do, than to punish them for doing the wrong thing.

Force-free training creates a dog that is happy to learn and willing to try new things.

To learn more about force-free training and providing gentle guidance for your dog, visit https://www.albertaforcefreealliance.com

GEARS is a force-free rescue and uses only positive reinforcement and negative punishment to train foster animals in care. To see animals available for adoption, visit edmontonanimalrescue.org/adoptable-animals 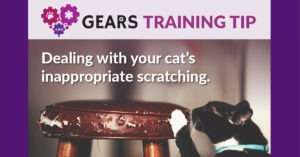 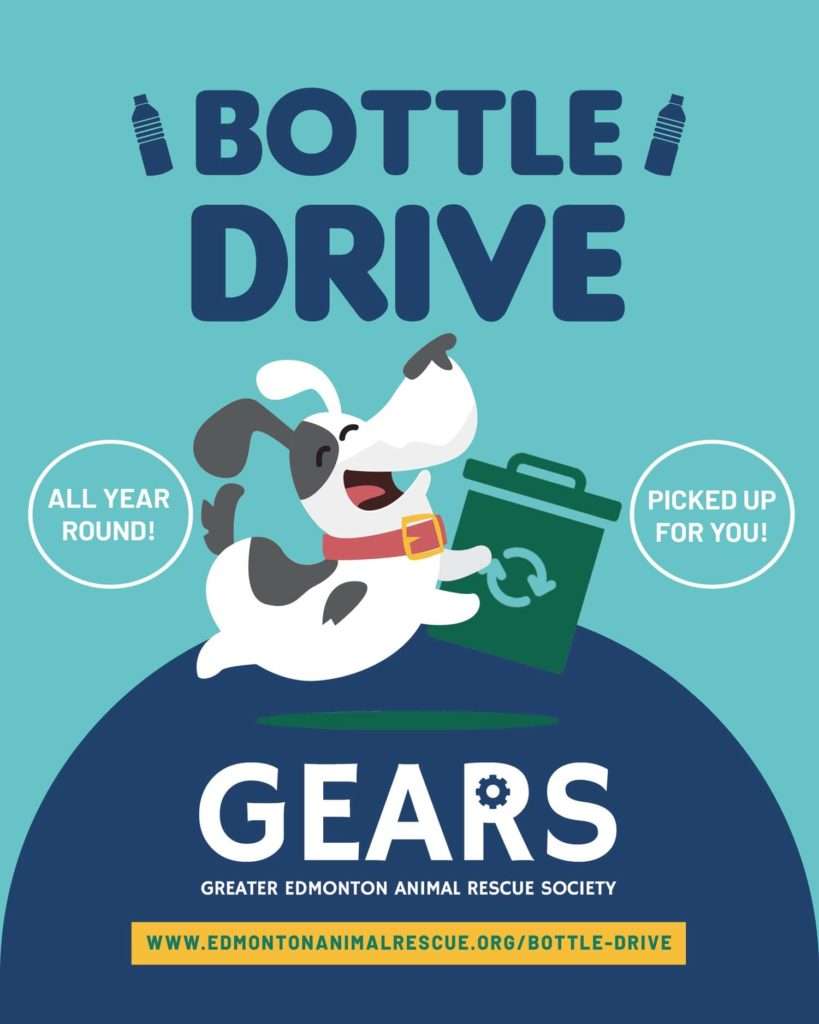 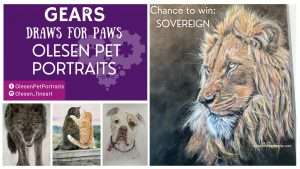 Days Hours Minutes Seconds Share Event Details: We are SO excited to announce this months Raffle to the Rescue Draws for Paws prize!This month you have a chance to win 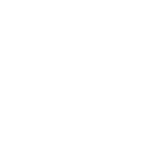 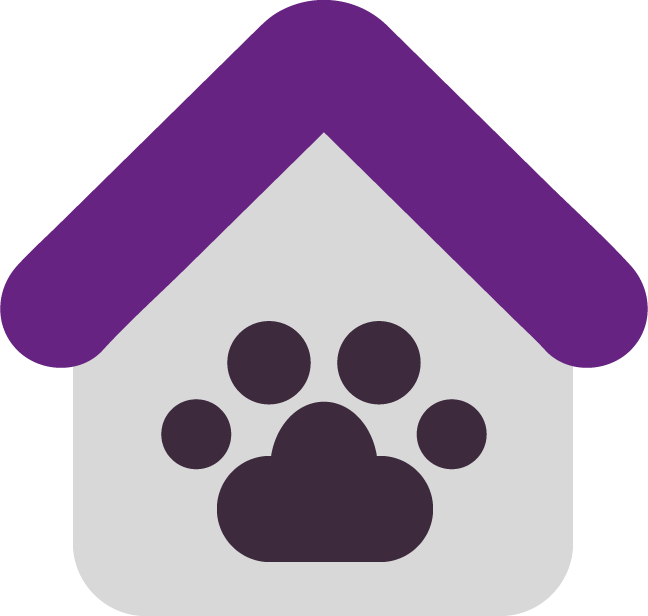 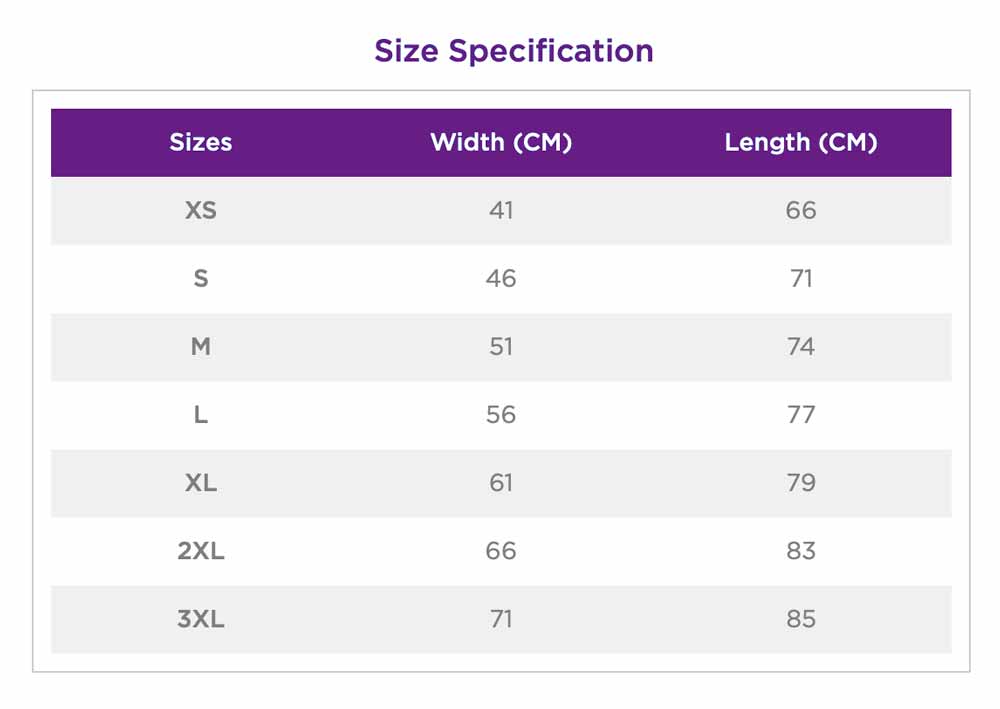